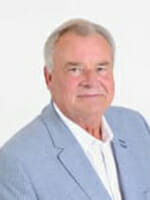 Al is a life long resident of Maple Ridge and has spent most of his adult life working and volunteering in the community.  During his career he has been a grocery clerk, survey assistant, structural & civil engineering draftsman, residential/commercial design draftsman and land use consultant.

In 1979 Al began his career in Real Estate and in 1994 he completed the Real Estate Agents Course at U.B.C. Also during this time he completed part time studies at U.B.C.’s School of Community and Regional Planning and was awarded a Certificate in Site Planning. Al furthered is studies in Land Use Planning through Simon Fraser University between 2008 – 2010 and obtained the Sustainable Community Development Certificate.

He continues volunteering and sat on many boards, committees and special task forces, including Official Community Plan Reviews, Rural Plan (Chairman) Alouette River Management Society, the Silver Valley Neighbourhood Association and was a founding member and chairman of the Saferhome Society until the spring of 2017.

Al was elected Mayor of Maple Ridge in 1999 through to 2002.  During his break from political life he grew his Property Management business and provided land use consulting services for several clients.  Al re-entered the 2005 political arena and won a seat as a Municipal Councillor which he held and proudly served the citizens of Maple Ridge until 2014.

Today Al continues assisting in the assembly of land, land use proposal’s, design, development and marketing of a variety of projects including single family, multi family and commercial units. He continues to operate his Property Management business and assist buyers and sellers with the sale or purchase of their homes, business or property. Al has a strong belief in local economic growth focused on local jobs, and resilient, diverse community development based on the fundamentals of balanced growth. 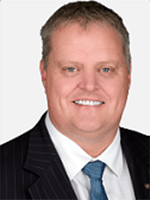 Eric is primarily a business lawyer and has been practicing law since 1996. He has international experience in law and business, and has vast experience in trust law, franchising, contracts, corporate commercial law and civil litigation.

Growing up in South Africa (SA), Eric developed his entrepreneurial spirit and started his own successful law firm. With his hands-on experience as a lawyer and as a leading business professional, Eric advises his clients with exceptional skill. Eric looks at the big picture and determines what will and will not work – from an experienced legal and corporate viewpoint.

He founded and lead Wizard Financial Services South Africa – the largest independent mortgage broking company in SA at the time. At the executive level, Eric consulted to LoanLink Limited, the owner of various international brands, including LoanLink Broker Services South Africa, where he served as the Chief Operating Officer. He became the owner and Managing Director of Mortgage Works, a mortgage broking company with 104 active franchisees nationally. He also owned Property Tools, a property training company.

He served as President of the Rotary Club of Pretoria East and the Meadow Ridge Rotary club. Eric is a commissioned officer and holds the rank of captain. He acted as Battalion and later as Unit Intelligence Officer for various fighting and reserve units over a period of 10 years, during which time he was decorated four times. 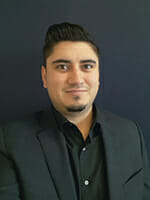 Ricardo has been part of the Maple Ridge community since 2010 and lives in the south Laity area with his wife and young son, and he is eager to give back to his community as a part of the Board of Directors of our Chamber of Commerce and help our local business prosper. 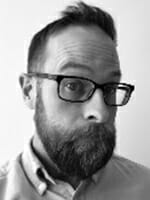 Jared works as a Gold Seal–certified project manager for Tekton Project Management and Bissky Architecture on multi-family residential and commercial building projects in Maple Ridge and the surrounding area. Tekton and Bissky Architecture are both family-owned businesses centred in Maple Ridge with a focus on maintaining and enhancing the natural beauty of the area through beautiful, responsibly developed projects. Jared's goal in serving on the board of the Chamber of Commerce is to be a part of helping existing businesses stay and flourish in Maple Ridge and attracting new companies to plant roots and grow here. 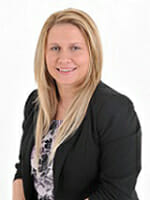 Alicia happily calls Maple Ridge her home and has gotten to know this beautiful place over the past 18 years.

After joining the general insurance industry in 2010, she quickly realized it was her destined career path.  In 2014 she took over as Manager at Harris & Leib Insurance, an office that has been part of this community for decades.

In line with Harris & Leib’s long standing commitment to this community, she strives to bring customer service to a whole new level, putting customers first and trying to stay one step ahead of their needs. 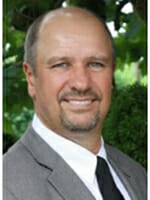 After a long successful career within the BC Forest Industry, Ralph Altenried transitioned a lifelong passion for investing into a new career with Loney Financial Corporation in 2006 and eventually launching RSA Financial Services in 2010. Through diligence and dedication to clients, RSA Financial has become a premier financial services firm.

Ralph is a seasoned financial advisor, provincially certified under the Life License Qualification Program (LLQP) where he is licensed with the Insurance Councils of BC and Manitoba. He is also a Registered Exempt Market Dealing representative in the provinces of BC, Alberta and Ontario. His registration is held by Accilent Capital Management Inc. an boutique Exempt Market Dealer located in Toronto. Ontario.

In his insatiable pursuit for new information, knowledge, and insight on financial markets and services, Ralph continues to build new relationships as a proud member of the Private Capital Markets Association and is currently enrolled in the Canadian Securities Course. Committed to supporting his local business community, Ralph is an active member with the Chamber of Commerce of Maple Ridge and Pitt Meadows and is currently in his third term as Vice-President on the Board of Directors.

When not working to support his clients, Ralph loves to spend time with his wife Kaye and daughter Taylor and his extended family and friends. With a passion for sports and friendly competition Ralph enjoys golf, skiing, boating, and coaching and umpiring minor and senior women’s fastpitch supporting the Ridge Meadows Minor Softball Association.

Ralph and his team at RSA Financial support various local and national charities dedicating volunteer time and funds over the years to: The Missing Children’s Society, Diabetes Canada, BC Cancer Society, and on advisory committees for GP for Me and the homeless issue in the City of Maple Ridge. Ralph is a lifelong resident having lived in Maple Ridge since 1958. 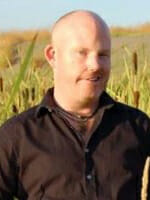 Michael works as WorkBC Maple Ridge’s Marketing and Community Liaison, leading collaboration efforts with community services, businesses, organizations, stakeholders and government bodies. He also spearheads events related to employment, both for job seekers and employers, including hiring fairs, information sessions, roundtable and panel discussions, awareness campaigns, etc… Michael hopes to contribute to the continued prosperity of Ridge Meadows while working towards economic growth and ever-improving business conditions. He holds a Bachelors Degree in Policy Studies and a Certificate in Non-Profit/NGO Studies. Previously an entrepreneur in the energy efficiency sector, he also worked as a Sales Manager, restaurant General Manager and international charity Director. He hopes to provide a unique perspective to the Board of Directors and looks forward to joining the team and getting to work!

A proud husband and father of two beautiful children, Michael has been involved in the community both locally and internationally. He has volunteered within disaster relief efforts in tsunami recovery in Thailand in 2005 and earthquake recovery in Pakistan in 2006. His wife, Linda, and he started and ran a charity in Kenya for 10 years, providing education and food to at-risk children in the slums around Nairobi and rural areas. At home, he was a founding member of the Rotary Club of Central City Surrey, sits on the Policy Studies Advisory Committee at Kwantlen Polytechnic University and has been a soccer coach for his son’s teams the past 2 years. Go Black Knights! 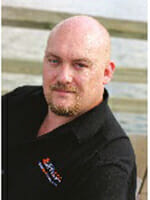 Originally from the Tri-Cities, Brian and his Wife Annabelle moved to Maple Ridge in 2004 to raise their growing family and immediately fell in love with the city, the people and the beautiful nature that surrounds this great city. In 2008, Brian started his own creative services company called Base Digital and has since won multiple business and international creative awards and helped hundreds of businesses navigate the online marketing world. With his marketing experience and entrepreneur drive, 2018 saw him and a longtime friend start a waste management company called Two Guys Recycling & Disposal which offers construction disposal bins throughout the lower mainland.

He continues to donate his time to local events, community organizations and charities as he truly believes in building strong, compassionate communities. Since 2012 he has sat on the board with the Friends In Need Food Bank and currently serves as the Vice President. Brian also volunteers his time with the Maple Ridge Starfish backpack program run by the local Rotary.

Before starting his own business, Brian worked in many businesses and industries working his way up to upper management and gaining experience in sales, inventory management, branch management and human resources. He understands business and how they operate as well as understanding how businesses need to communicate with their customers. This understanding helps Brian work with his clients and bring solid solutions that continue to bring results for the many he works with. 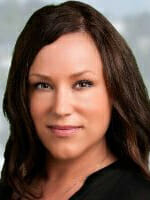 Caillie Hayes is a Commercial Account Manager with RBC, serving the Maple Ridge/Pitt Meadows Community with over 10 years’ experience in the Financial Services Industry. She is a diversified lender with a strong interest in the non-profit sector, Caillie is focused on supporting individuals and the business community through education and financial literacy advocacy.  As a current Maple Ridge resident, she is committed to helping the business community thrive and prosper.

When not working with her clients Caillie loves to spend time with her son in addition to exploring the great outdoors, golfing and participating in various volunteer activities.

Caillie is eager to give back to her community as a member of the Board of Directors by promoting the interests of business through support, engagement, advocacy and education. 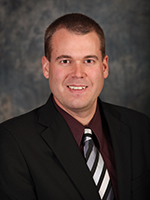 Aaron Collins, CPA, CGA, CAFM, is a Partner and Business Advisor in MNP’s Assurance Services group. Working out of the Maple Ridge office, Aaron delivers assurance and advisory services to First Nations as well as to owners of small and mid-size businesses, tailoring his solutions to help them achieve their business and personal goals and enhance the value of their companies.

Aaron works with clients in a broad range of industries, including manufacturing and construction. A trusted advisor, he has experience with growing corporations, sole proprietors and not-for-profit organizations.

Aaron is a Chartered Professional Accountant (CPA) and Certified General Accountant (CGA), qualifying in 2001. In 2005, he received the Certified Aboriginal Financial Manager (CAFM) designation. Aaron has also completed all three levels of the Canadian Institute of Chartered Accountants’ In-Depth Tax course. Committed to his profession, he is the past Vice Chair of the CPA Chapter Board and he volunteers in the community as a finance committee member for low income housing on the Downtown East Side.